Sports are probably the most popular reasons for people to keep cable around, mainly due to the fact that it is difficult to find a replacement for sports when switching over to a streaming-only household.

Whether you’re looking for a paid subscription, or a free one, the Fire Stick has some options for you. Let’s find perfect ways for you to watch live sports on your Amazon Fire Stick.

Starting at just $54.99, Hulu with Live TV includes the standard $5.99 per month streaming option for on-demand shows and Hulu Originals. It also adds your locally streaming channels, cable offerings, along with a full lineup of sports channels. You can watch ESPN and ESPN News, CBS Sports Network, NBC Sports, and much more. You can also stream games from the NCAA, NBA, NHL, and the NFL, all through the Hulu interface and alongside your favorite on-demand shows.

Hulu with Live TV also offers some add-on programs, including an enhanced cloud DVR that allows you to save up to 200 hours of entertainment in the cloud and fast-forward through commercials. The app is missing some channels like AMC, Nickelodeon, and Comedy Central, but overall it’s a great option for the price.

Starting at $65 per month, you can watch more than 45 channels via AT&T TV NOW. Most of the sports channels are included in the app, but some channels like CBS Sports are held for higher tiers.

ESPN+ is now the cheapest of our paid options. It is Disney’s first streaming option, a predecessor to their upcoming Disney+ service. Via the app, you can get content from sports like boxing and tennis, coverage of college sporting events, soccer, and international sports like cricket and rugby, alongside original ESPN shows. ESPN+ is not perfect, but you only spend $4.99 per month and can make your streaming library feel a little more full.

YouTube TV launched on the Fire Stick back in September, 2019. At $49.99 per month, YouTube TV is the cheapest way to get a cable-esque subscription package, complete with cloud DVR, 70+ channels, and a fantastic UI for watching media.

If you’re willing to sideload applications on your Fire Stick, you can get access to a solid lineup of free streaming apps that offer full sports packages for viewing.

Pluto TV offers people a free, legal way to watch some great films and television shows. When it comes to sports, there actually are some streaming options through Pluto’s free streaming option. You can catch a number of original sports documentaries airing on the platform, and occasionally, live minor sports events will make it to air as well. You can find all sorts of content airing on the platform makes it fun to browse whether or not you have cable.

Mobdro is an app designed around being able to easily access streams of all your favorite channels, from live movies to news stations, to premium channels like HBO, to locals like ABC and NBC. The app takes most streams from the east coast, so plan on everything airing in Eastern time zones. The app is delayed by a couple of minutes, so expect your favorite shows, sports, and movies to start just a couple of minutes after they usually do.

Though there are plenty of add-ons available online for Kodi, the amount that are dedicated purely to streaming live or recorded sports are few and far between. If you’re trying to stream your favorite sports through your Fire Stick, you’ll need a dedicated platform, not just some links to URLs on your computer. When it comes to finding a solid, Kodi-based offering, no add-on beats the flexibility and ease of access provided by SportsDevil.

With live streams provided from channels like ESPN and Fox Sports, you’re bound to find something to watch on the service. Although streams often don’t go live until the start of the game, SportsDevil still consists of the easiest, most flexible way to watch the NFL and dozens of other sporting events.

To sum up, it’s getting easier and easier to watch your favorite teams for free each year as we move into a fully streaming ecosystem. Whether you’re looking to watch the occasional major sports event, or you want to catch every game day during the season, just use your Fire Stick to watch your favorite sporting events.

I need to Download Express VPN for FREE, and will buy if the software full fill my needs to see… 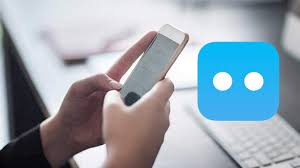 CapCut is an easy-to-use video editing app, with free fonts and effects, and other advanced features such as keyframe animation, …

Sketch Master is a great all-in-one cartoon sketch filters & photo editor app. With a master collection of sketch and …